Puddles & Splash started their new year in style with a trip to the Epiphany event in Mondovi, Italy with Puddles taking first prize at the competition!

Puddles has previously visited Mondovi but this is the first time that both penguins have flown here together and they have been the centre attention, attracting huge crowds!

Both penguins have been staying close to each other in the air, taking in the stunning scenery of the Italian alps and even enjoying a kiss in mid-air! The Clock Tower in the main piazza is a focal point in Mondovi and Splash flew directly over the tower to the cheers of a huge crowd.

Puddles, piloted by Malcolm, won the first competition task of the event and scored highly on the second meaning he could not be caught and was crowned the winner! Puddles also retained the beautiful and sought after Clock Tower trophy, which has previously been won twice by Andrew, including last year when flying Puddles!

Splash finished in 7th place, as she clearly was distracted by the amazing landscapes and flirting with the crowds!

For the competition flights, targets are laid out on the ground several miles from the launch site and pilots have to use the wind speeds and directions at different altitudes to fly towards the targets and drop a marker as close to the centre of the cross!

Watch the official video of the event here! 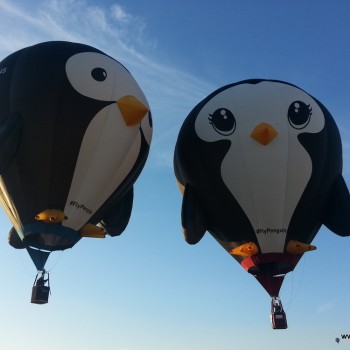 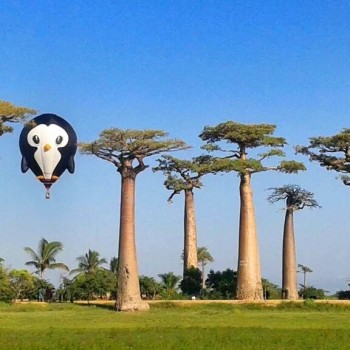